Minimalist interior design as part of the modern interior design gives more priority to simplicity, everything is at a minimum, interior colors utilize white or neutral color with a slight other color accents, uncomplicated geometric shapes, yet it is still very effective and functional. C1 House was designed by Curiosity + Studio milligram (http://www.milligram.ne.jp) featuring a strong modern minimalist house style with a modern glass house facade, and accentuate to the dynamic movements of users with a unique walkways design for connecting  between floors.

The modern glass house facade is treated in a similar style as in its minimalist interior design to produce the same visual effect with a textured white finish, a specific melamine (collaboration with aica). It also provides high functional specification for strength and cleaning on the visual and construction aspects. A strong minimalist style also produces an unusual achievement in relation modes of form and function, it’s like two mutually exclusive functions, it is visible on minimalist kitchen interior design, where the kitchen is almost unidentifiable. In the conventional kitchen design is usually revealed by the tap and hood design. The existence and appearance of the tap is just a metal line and the hood is integrated vertically within the wall, so the kitchen becomes disguised. 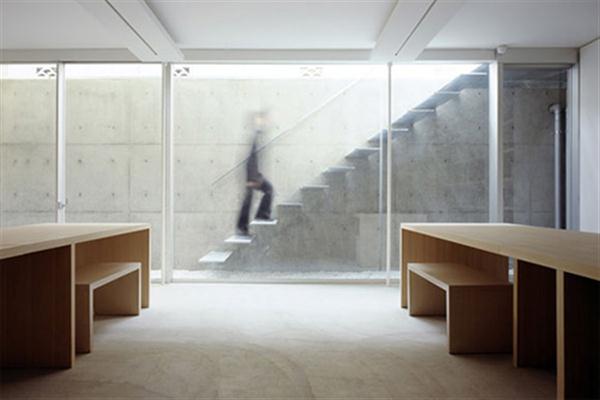 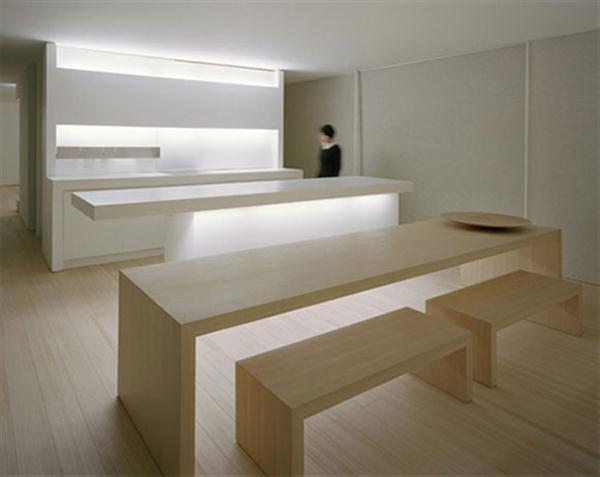 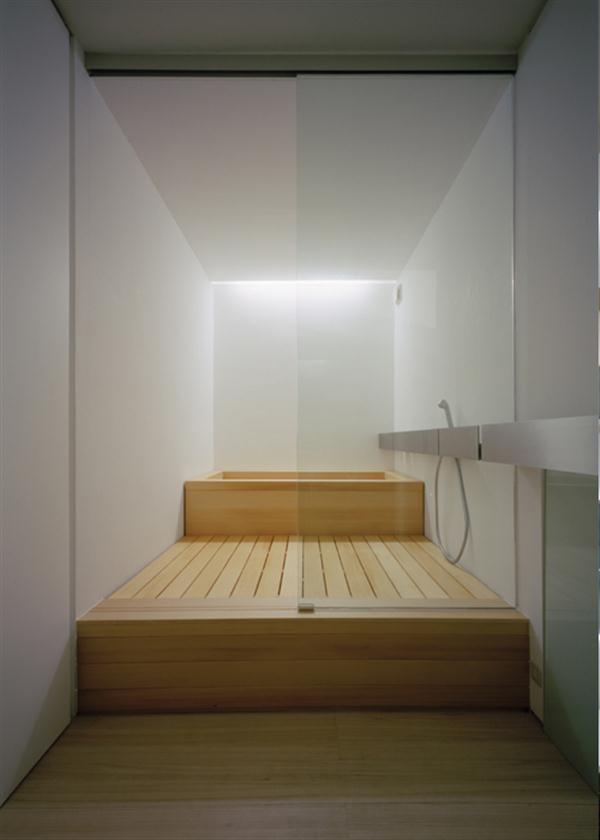 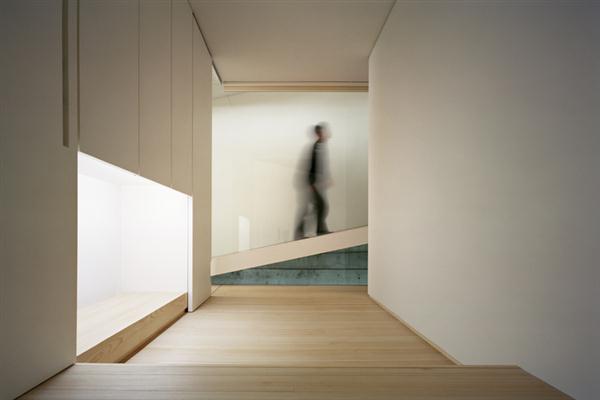 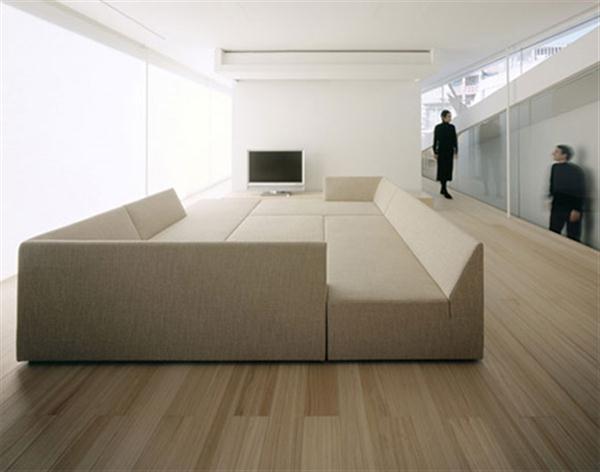